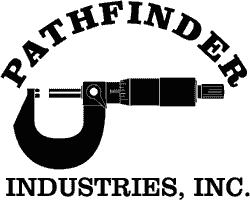 
Keith Welch assumed the presidency in 1987, when Ken retired, and continued to build upon the solid foundation created by his father. During his leadership he over saw several additions to the building, the installation of new modern machinery, and the hiring of additional employees. Keith continued the successful operation of Pathfinder Industries until 2007 when he decided to retire and pass control of the business to the next generation.


As of January 1st 2008, Keith’s daughters, Marcia Ives and Maribeth Myers, took control of the business to begin the third generation of family ownership of Pathfinder Industries.  Marcia and Maribeth were ready to continue to grow the business on the foundation that their grandfather and father had laid in preceding years.  For the next 5 years that’s exactly what they did.

On March 9, 2013 tragedy stuck, Pathfinder Industries was consumed by fire.  What had taken 42 years to build, was erased in one night.  The building and its contents were a total loss, but not the resolve of its owners and employees.  Just a couple of days after the fire all hands were on deck (owners and employees) to start the monumental task of cleaning up the aftermath.

In the following months Pathfinder was well on its way to being a fully functioning precision sheet metal and machine shop again.  With the construction of a new facility and the purchasing of new machinery, Pathfinder is prepared to serve its customers (old and new) once again.